Human activity in many ways can be modeled as an optimal control problem, where a person makes a decision based on an underlying cost/reward function and selects actions by reasoning about how it might affect the future. However, such models have been under-utilized in computer vision. In this tutorial, we will cover some of the basic theory of reinforcement learning and imitation learning, and show how ideas from robotics and control theory can be used to build robust models for human activity understanding in computer vision.

Cross-modal retrieval (CMR) aims to retrieve the relevant samples across different modalities, which has received increasing attention in recent years under the demands of processing explosive amounts of multi-modal data. A major challenge underlying this problem is the discrepancy between the feature representations extracted from different modalities. With the advanced deep learning techniques, the modality gap can be significantly reduced, and recent works have shown quite promising retrieval performances. This tutorial will introduce recent advances in cross-modal retrieval. Specifically, several classical approaches include attention-based cross-modal learning, cross-modal generative adversarial networks as well as recent cross-modal pre-training models will be discussed. 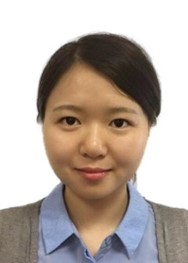 Generative models have improved rapidly in recent years, being able to generate high-quality images that are nearly indistinguishable from paintings or photographs. The results provide new solutions for computer vision tasks such as image inpainting, deblurring, and super-resolution. The methods also enable novel ways to edit images, which is starting to change the workflow of creative industries. In this tutorial, I will give an overview of this rapidly evolving research area, including network architectures such as variations of GANs and transformers. We will cover recent highlights, explore with hands-on examples, and discuss open research challenges.